News just in! On Tuesday 5th November, Silo, the world’s first zero-waste restaurant by award-winning chef Douglas McMaster, will join CRATE Brewery in their Hackney Wick home, The White Building. A zero-waste pioneer, Douglas’ innovative approach is threaded throughout the whole restaurant and its supply chains: from trading directly with farmers to composting any leftover scraps, the continuing aim is to ‘close the loop’ in the food production process. We’ve recently read his book – Silo: The Zero Waste Blueprint – which explains the concept in more detail and would highly recommend it.

Opening at 6pm for dinner, Silo’s menu will change continually, with the likes of grilled fantail squid, white kimchi and Douglas fir; Jerusalem artichokes cooked on fire and served with Cashel Blue and ruby kraut; and blue potatoes, barbecued sea kale and caramelised whey. For something sweet, golden linseed ice-cream with fig leaf oil; and sea buckthorn, fresh cheese, grand fir and fermented caramel. On the weekends, Silo will open for brunch from 10am, with a menu featuring dishes such as the Silo porridge, made with freshly rolled oats and home-made crème fraîche, topped with seasonal fruit; coddled eggs, kimchi, black pudding and freshly baked sourdough, and to drink, a selection of fresh juices made using wonky fruit and veg. Let that just sink in – HOME-MADE crème fraiche. This guy is a crazy genius and you won’t find another restaurant like it. Can you tell we’re a little bit excited? 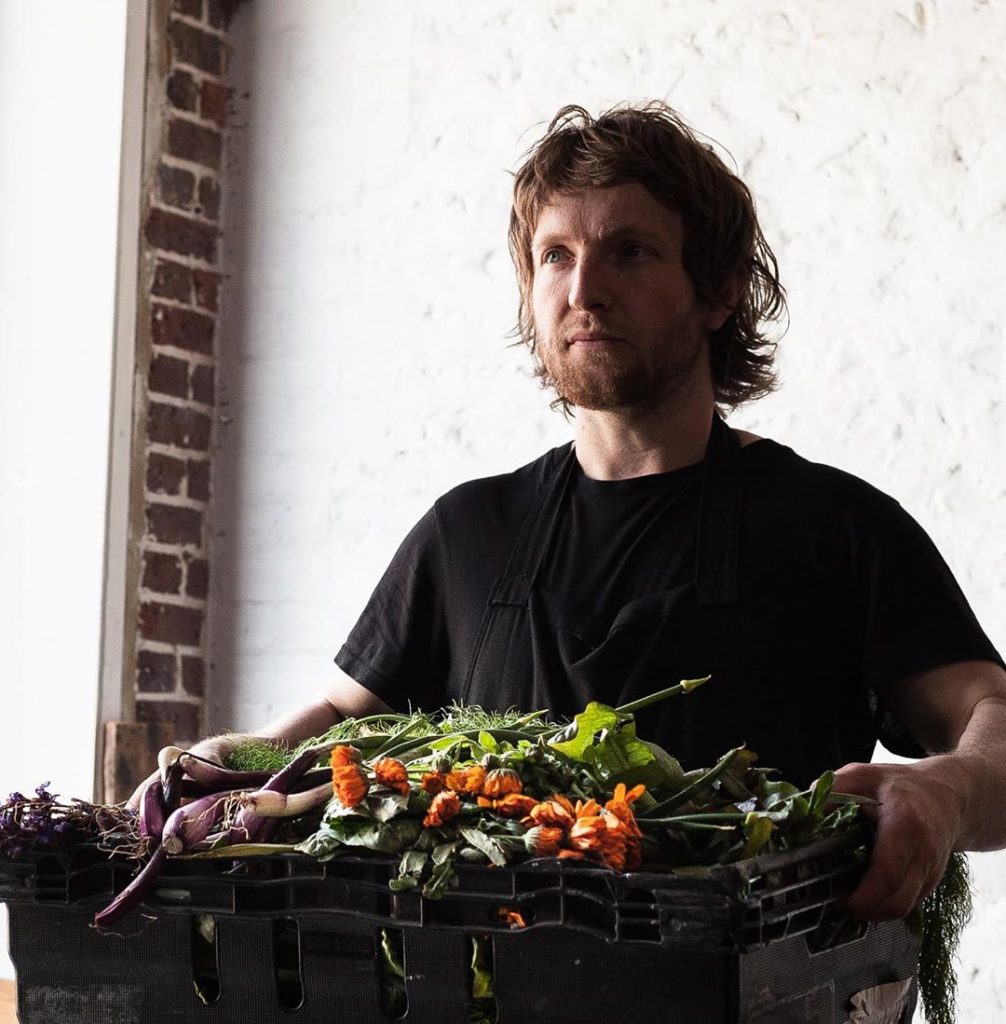 The wine list will be put together by Ania Smelskaya, previously of Sager + Wilde, Silo Brighton and Plateau Brighton (all places we adore), and will be created in line with Silo’s philosophy, with Ania sourcing from small, artisanal producers such as Sussex-based wine producer, Ben Walgate of Tillingham Wines, and Eduard Tscheppe and Stephanie Eselböck-Tscheppeof Gut Oggau, where they produce biodynamic sulphite free wines. For something a little stronger, there will be a cocktail list, made in collaboration with award-winning bartender and all-round great guy, Mr Lyan, and Empirical Spirits, the Copenhagen-based grain-to-bottle distillery. Brewed exclusively for Silo by JARR Kombucha, there will be a Fig Leaf Kombucha with fruity undertones of white grapes and green apples, as well as craft beer from Silo’s partner, award-winning CRATE Brewery.

Housed on the upper floor of The White Building, Silo’s interiors are designed by Nina Woodcroft, renowned interior designer known for her focus on sustainable design, and material conservationist, Seetal Solanki. As you climb the canalside cast-iron staircase, you’ll be able to enjoy views over the River Lea, before entering the restaurant which boasts the building’s original large, steel-framed windows and red-painted steel trusses. The open space will be an ‘innovative evolution of Silo Brighton’ says Douglas, with a few pioneering, high-quality materials, such as cork, mycelium, and upcycled plastic and leather, forming the base of the design.

Together under one roof, CRATE Brewery and Silo will work together to bring Douglas’ vision of a sustainable eco system to all areas of The White Building, including hosted workshops by Douglas in the new events space next door to the restaurant. Other major changes to The White Building, led by CRATE Brewery, include an installation of a new state of the art pilot brewery, bringing more focus to small batches and unique beers available in the taproom, and outside, an amphitheatre-style seating area will be created, overlooking the canal which has become such a focal point of the East London site.

Tom Seaton, Co-founder of CRATE Brewery, says, “We are so excited to be embarking on this new chapter in CRATE’s story with Doug and Silo and to ensure that sustainability and creativity thrives throughout all areas of the business.” Douglas McMaster adds, “I’m thrilled to be joining the team and opening Silo in London – it will, of course, follow the same philosophy with sustainability at the forefront but we’re constantly raising the bar when it comes to up-cycling and zero waste, so more exciting developments to come.”

Silo London will open on Tuesday 5th November 2019. Bookings can be made from 21st October. To make a booking, please see here.

alto by San Carlo at Selfridges